I walked backstage almost twenty minutes before my first live show, fans were screaming for one of my songs – Golden. I was in my dressing room practicing my vocals while waiting for my outfit. I could hear the band on stage getting prepped to perform. About five minutes later there was a quiet knock at my door, I opened it carefully to see my stylist holding my outfit for the night. It was beautiful, long white flared pants with six  gold buttons lined perfectly down the middle. A hot pink shirt with flamingos that were only a bit lighter than the shirt covered all over. More hot pink suspenders to go over my shirt, black shoes with little heels that would be covered by my flared pants. To finish the look I picked up a beautiful pearl necklace to tie it all together. I quickly got dressed and ran on stage. Everything was black and I could barely see where I was walking. A velvet curtain was over the front of the stage. I stood in front of my microphone and gave a signal to the band and everyone backstage. Suddenly, the beat dropped and a massive electric guitar began to play, that was my cue to start singing and the curtain in front of us fell. The night went on and it was great. We sold out all of our merchandise and the lights around me were crazy. Fans threw things on stage and I loved everything. The band was all packed up and we decided to go out for dinner afterwards, I congratulated and thanked everyone for all they had done for me. The night was finally over, which meant that I had to go home, and be alone. Doing this is the worst part of my day and I absolutely hated it. You could say I was terrified of being alone in the dark, or you could think I’m a big baby.

Art Write Light is generously supported by The Balnaves Foundation 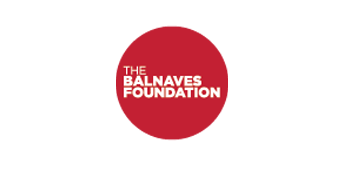